As I have become more involved in the MathTwitterBlogoSphere (#MTBoS) it has been a pleasure to share the really great material created by the MTBoS with other teachers in my school.  Our school has three sites.  There is a grammar school (elementary and middle), a high school and a post-high school which assists students in the transition from school to “the real world” in a more targeted, vocational way.  Earlier this year I was able to share sites like Estimation 180 and Would You Rather with teachers at all three sites.  One of the middle school teachers has integrated Estimation 180 and the work of Andrew Stadel into her classroom culture.  What follows is her reflection on this process in the form of an edition of the #MTBoS Modification Series.  You can also read the first edition that featured Mathalicious.

Students in one math group have been using Estimation 180 as a starting point for further exploring the concept of estimation.  They know that to estimate means to make a guess based on known information.  When you are asked to estimate it is often within a context and you must use any relevant information (known or given) to guide you.  After several months of answering Mr. Stadel’s prompts on the Estimation 180 website, students created their own original estimation projects. They were encouraged to research a topic of interest and provide enough information through facts or visuals so that classmates could make a reasonable guess. 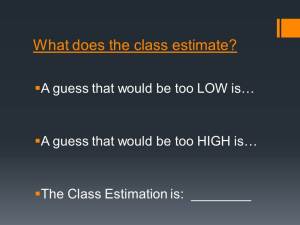 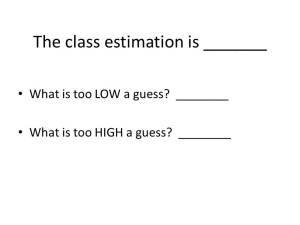 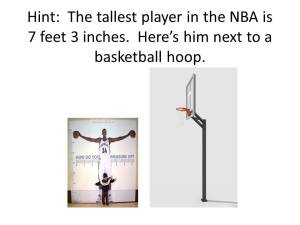 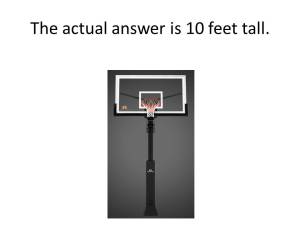 We have discussed the meaning of range and they now are more able to record guesses that are both too high or too low depending on the situation. We have tried to make guesses that are realistic.  We have noticed how we can often make a more accurate estimation once we gather additional information.  Many of the activities on the site Estimation 180 build upon each other and students have begun to notice this pattern and have even thought about how to appropriately revise estimations.  By looking back in our notes we can often refer to previous information that will help us make a stronger, more accurate estimate moving forward.  We have also used estimation in other situations, such as exploring how many seeds are in a pumpkin, how many Twizzlers a container holds, or the difference in weight between different dumbbells.
When asked when/how estimation might be used outside of school students said the following… 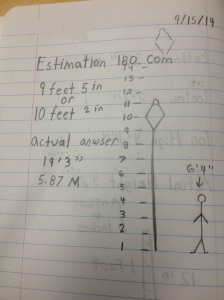 We also have thought about how to compare our estimates to the actual answer and to determine how far off we were or who was closest.  The goal is for students to be able to use mathematical concepts beyond the classrooms and to realize that even if they do not have a pencil and paper and can not find an exact answer they can be in the correct ballpark and still problem solve.
We have also used the information on Estimation 180 to think about patterns, number relationships, and ratio tables (Ratio Tables & Ratio Tables 2).  For example, we learned that a can of soda was 12.5 ounces and we were able to use this information to determine that two cans would therefore be 25 ounces.
Students mainly use composition notebooks to record their estimates.  We sometimes provide them with graphic organizers as a support.  Most of the modification is done through small group discussion and allowing students to ask clarifying questions. [Emphasis is mine.]

Thank you to Ms. Munz, Mr. Bessette and all the students in their classes for sharing their wonderful estimation skills!