Katharine Beals and Barry Garelick wrote an article in The Atlantic, in which the title of the article is pretty descriptive. 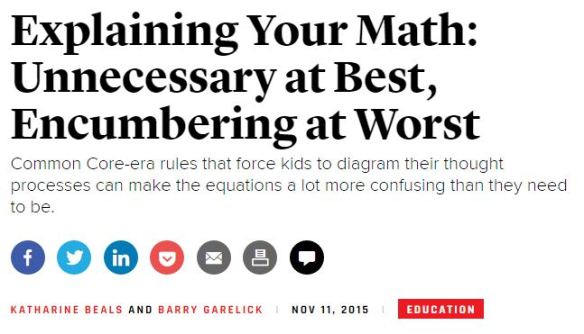 Dan Meyer was quick to post his response to this in a post titled, Understanding Math vs. Explaining Answers.  He concludes, “Let’s be inflexible in the goal but flexible about the many developmentally appropriate ways students can meet it.” 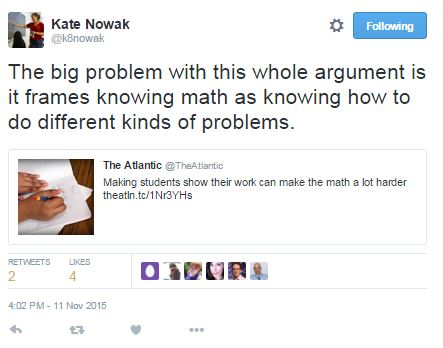 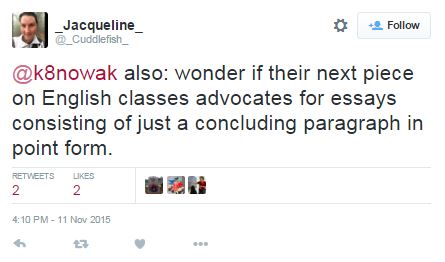 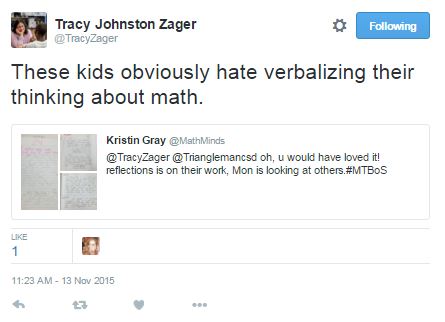 Which led me to ask whether my students, who typically struggle with expressive and receptive language based tasks, would benefit or be hindered by being asked to explain their thinking.

During class today I asked a student to write down how he had solved an addition problem he had completed mentally. 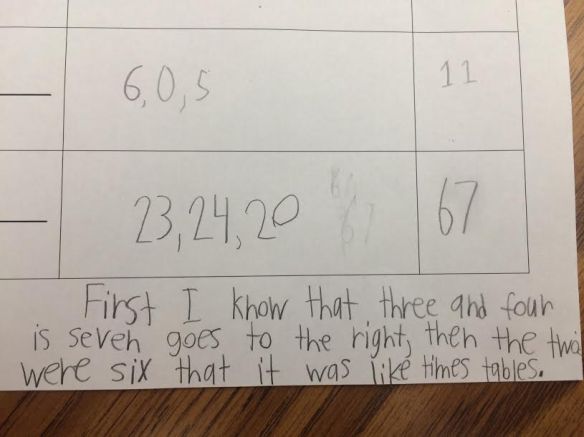 He had gotten the “right answer,” but his method of solving the problem showed a lack of place value understanding which would cause him to make a mistake if the tens place value had been over 100.  Because he explained his thinking in writing, I was able to get a small piece of formative assessment which will help me effectively teach this student for the rest of the school year.

So do I think explaining your mathematical thinking is necessary in math class?

2 thoughts on “Is Explaining Your Mathematical Thinking Really Necessary?”